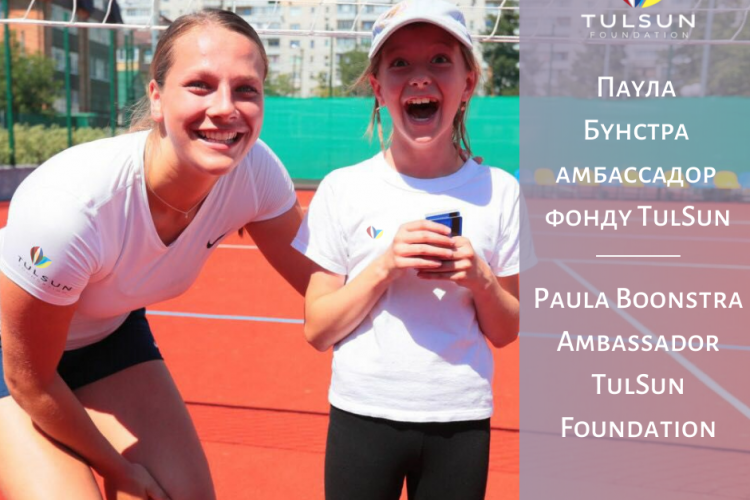 “If you don`t take a chance, you’ll never know where it might lead you” (c).

We are happy to introduce you to another incredible person who has joined the TulSun Foundation as an ambassador, someone with an interesting career and experience that they can use to inspire Ukrainian socially vulnerable kids.

Paula Boonstra is a professional volleyball player. This season she is playing for the French volleyball team “Paris Saint Cloud”. It has been many years since she became a professional player and it’s hard to believe that her volleyball career started with just a simple training in a small town.

When Paula Boonstra was 10 years old, her classmate invited her to join the local volleyball club because there were not enough players to form a team that year. During that time Paula Boonstra was looking for hobbies in general and tried out several sport disciplines to find the one most suitable for her. Paula Boonstra decided that joining a volleyball team is a great chance to try something new. And she scored majorly with that decision. At the same time, she met her first coach who became her mentor and support. He constantly motivated her to work harder and was very proud when Paula Boonstra received official offers to start a professional volleyball career abroad.

Paula Boonstra has visited Ukraine several times already in order to hold charity volleyball tournaments for TulSun Foundation kids and partners. During these events she brought a lot of wonderful emotions and memories to the kids. And most importantly she fostered the love for sport in them.

We are proud that more and more people from all over the world are joining the TulSun Foundation team. Together we will be stronger and more fruitful in ensuring a happy future for the kids.

Fundraising to children’s treatment together with Kind Challenge

Humanitarian aid to families who suffered from war. Photo report

Charity concert in support of Ukrainian orphans and disabled children